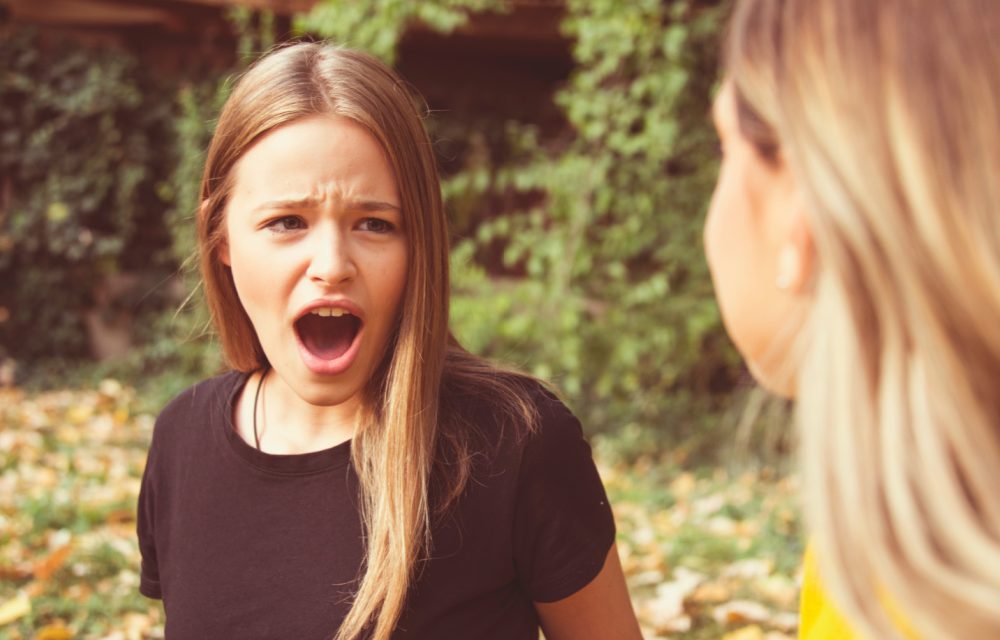 Teenage arguments with friends are a part of growing up and being human. But how do we best help our kids with teen conflict?

This afternoon after school, I heard Ella long before I saw her. The front door slammed. There was heavy sighing. There was the sound of her school bag landing gracelessly on the kitchen floor. Obviously, when I asked what was wrong she said, “Nothing”. But halfway through an ugly-looking green smoothie, she barked, “Jenna is such a cow.” Ahh. It’s on again.

In this situation, it is easy to dismiss adolescent conflict as ‘just teenage drama’ or ‘typical teenagers’. They do seem to encounter a lot of friendship issues and disputes. But, it makes sense. They are at a stage in their social development where they are figuring out where they fit and friendship is a big part of that.

Often tweens and teens have a perception of friendship that is not realistic. We feed that idea with gal pal and bromance films. We reinforce it with Facebook posts that are essentially romantic odes to our friends. My particular favourite is the one that says, “Best friends are the ones you rarely see but nothing ever changes”. What a load of rubbish!

All friendships change and evolve. We grow out of people, we take breaks from people and we have conflict with people. That’s okay. That’s normal. We need to talk to kids about that, otherwise, they perceive every conflict they have with their friends as an epic failure that can’t possibly be salvaged.

Santa Maria College psychologist Jane Carmignani says, “Healthy friendships require honesty and real feelings to be talked about and offloaded. Healthy friendships have conflict. If your friendship is going to survive the teenage years, you will fight. You have to fight. Then you have to learn how to make up. We have to give teens ways to solve their conflicts, but we also have to model and teach what a real friendship is like. It is not always easy.” 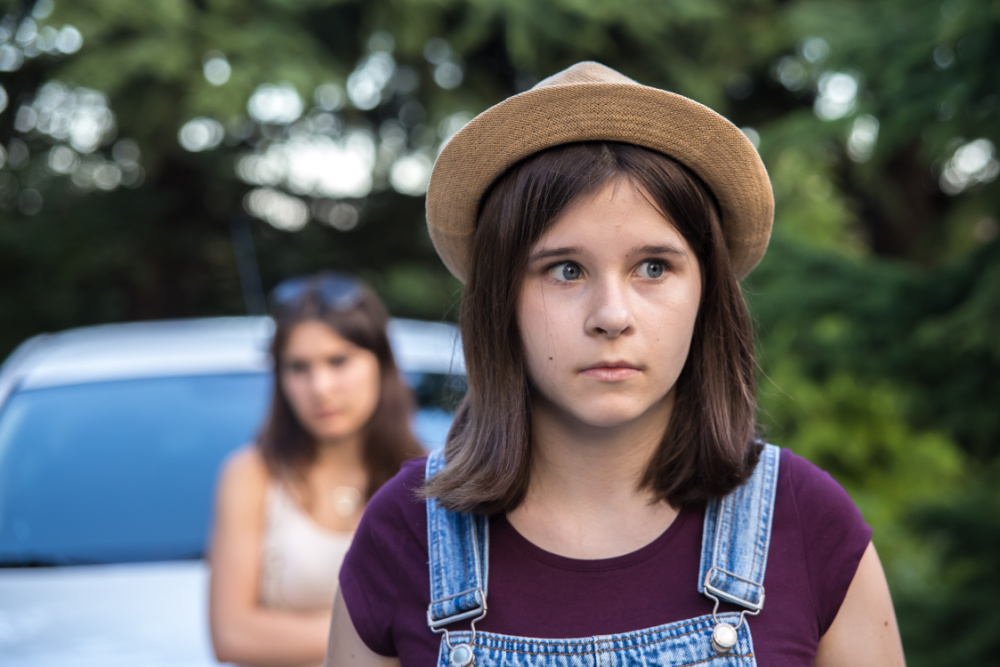 Adolescents are at a stage in their brain development where they are highly impulsive and reactive. They say inappropriate things and they often overreact to the things that are said to them. They operate largely from the amygdala, which is the instinctive part of the brain designed to ensure survival. It is driven mainly by fear, pleasure and memories. Logic has a lot to compete with here!

This is complicated by the fact that a lot of modern conflict happens online. There is safety in saying things that will hurt a friend from a distance. You don’t have to see the pain they experience. There is no visual or auditory feedback to trigger compassion, like tears and hurt. Then, of course, these conflicts get shared with others online and sides are taken, messages are taken out of context and it all gathers a momentum that is hard to diffuse or deal with in a productive manner.

When I discussed these ideas with students they were very clear about the fact that most conflict isn’t overt, it will be quiet and passively aggressive. The conflict will simmer and intensify if it isn’t brought into the open and dealt with right at the beginning. Some of this is due to discomfort with emotions.

Carmignani says, “Adults have to model that conflict and conflict resolution is normal and we are allowed to show our emotions. Some of this passive stuff is an inability to be comfortable with our emotions; with feeling hurt. With saying ‘Hey that really hurt me’ or “I feel really hurt by what you said”. We are still much more comfortable with attacking than with vulnerability.”

Consequences of teenage arguments with friends at school

All this conflict has consequences. From a school’s perspective, it limits a child by impacting on:

When adolescents do find themselves in conflict situations, they find it hard to de-escalate or calm the situation. This is where parents and teachers come in. It is up to us to give kids the tools needed to halt conflict or at least minimise it. Most of that comes through language and timing.

In a conflict situation, where the amygdala is firing on ‘fight or flight’ it is very hard for anybody to conjure up just the right words to calm things down. But what if you had an automatic, practised phrase that slowed everything down for you and gave you time to think? Rehearsed ‘kick-off language’ works well in the stress of conflict situations. These phrases are what we need to give to our teens.

Here are some good examples:

Sometimes the thing that needs to be said is, ‘Sorry’. We all make mistakes and misspeak. Again, giving kids the language to make a meaningful apology helps.  It’s something we could all practise. 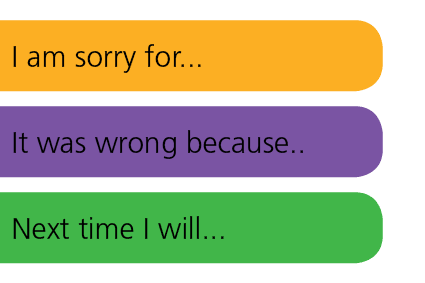 As adults, we need to apologise to kids when we muck up. Kids need to learn from us that apologising makes you strong, not weak. It is the skill of a person who knows they are more than one action and more than one mistake.

Don’t imagine I underestimate how hard this is, for anybody, let alone a child. Kids want to belong. The idea of taking a break threatens their sense of belonging.

A child who has lots of friends in lots of different friendship groups, in and out of school, will cope better with the idea of taking a healthy break from a friendship that needs some work. Always encourage a wide range of friends. Kids may like the idea of a BFF (Best Friend Forever), but the reality can be complicated. 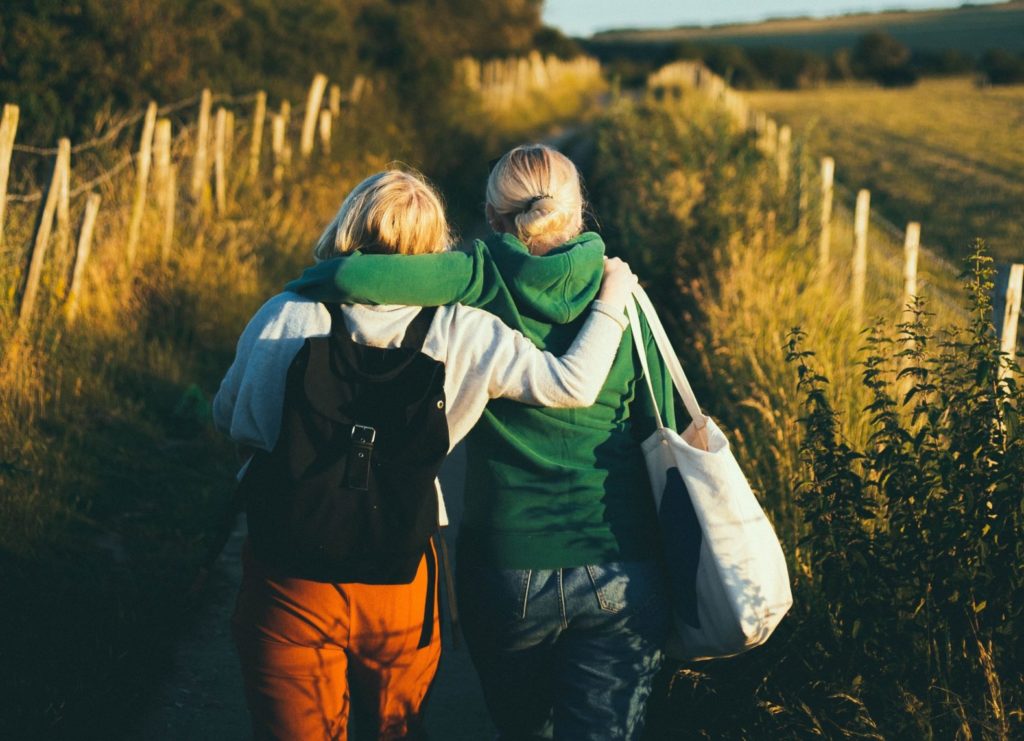 At the end of the day, some conflicts won’t be resolved. Some friends won’t play by the rules and nothing you say will deescalate or resolve a conflict. Some people like conflict. All that can be done then is to help your child sit with that realisation, grieve the loss of the friendship, and move forward. We will all have many friends over the course of a lifetime and that BFF may just be a ‘BFF for now’

You can download my free Activity Guide For Talking To Kids About Friendship here. 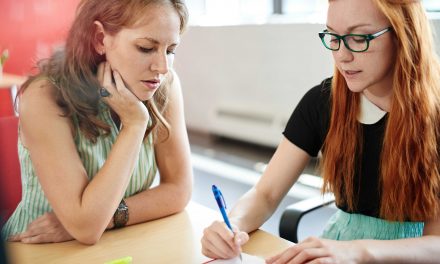 Why Do Parents And Teachers Find It So Hard To Work Together? 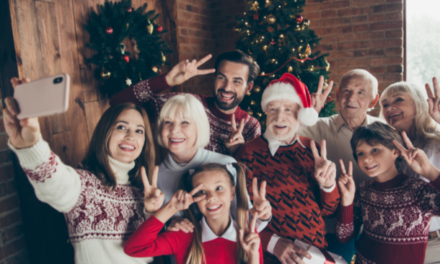 Why Every Family Needs Weird And Wonderful Christmas Rituals 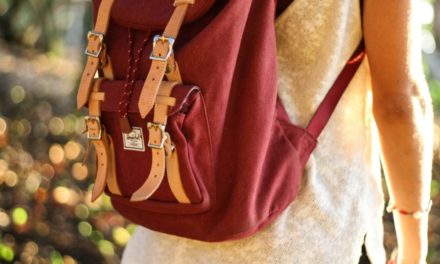 Starting High School: How To Support your Child 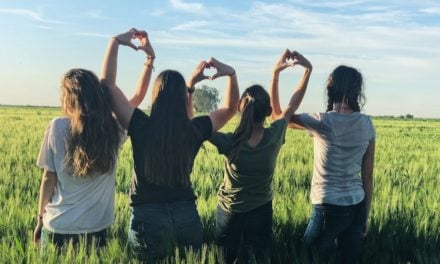 The 10 Emotional Skills Every Teen Needs To Be Taught